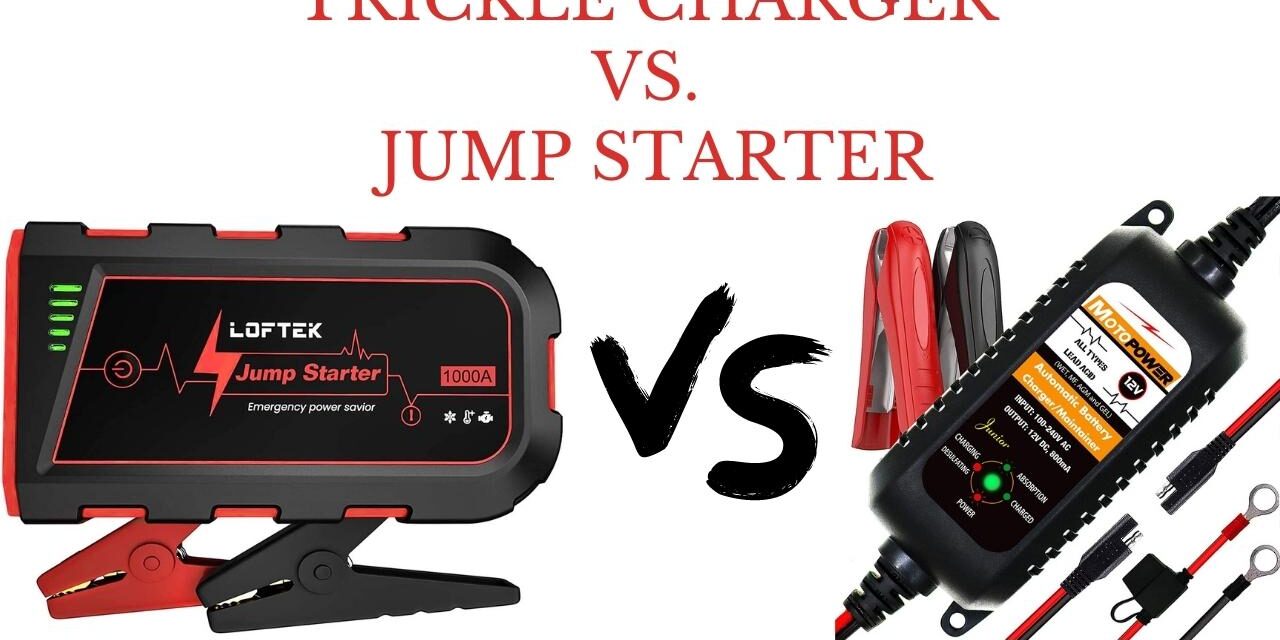 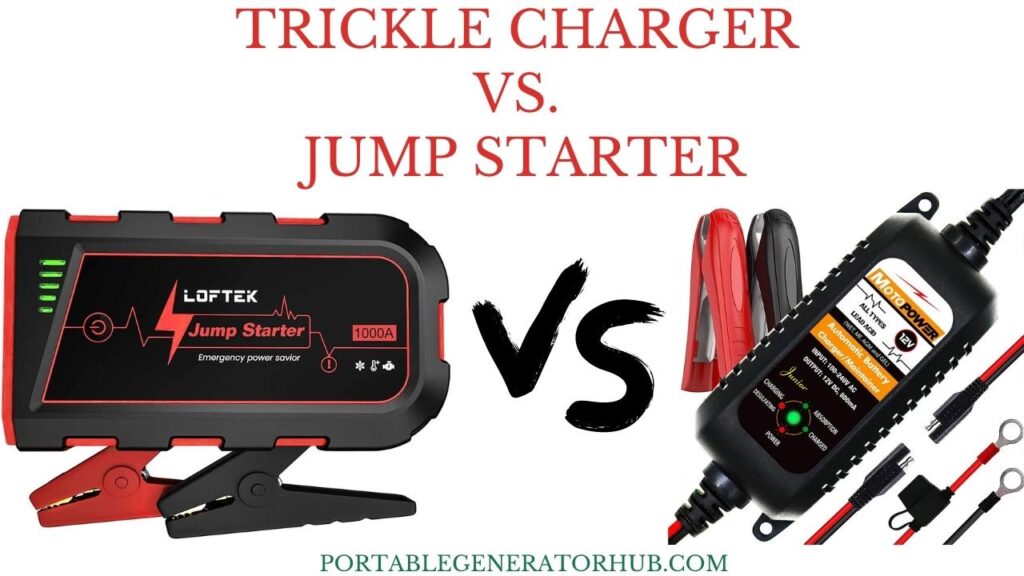 Are you engrossed with which is better between trickle chargers and jump starters? If yes, then check out this piece first to learn.

No doubt, the two work splendidly for car batteries. In one way or the other, they can revive the functionality of car batteries. Meanwhile, the fundamental difference between the two is that one does quicker work than the other.

Aside from that, one has a better prospect in providing broader flexible power generating options than the other. While one produces a constricted function, the other sources a range of functional parts to suit various needs.

Indeed, that’s why experienced buyers make valuable evaluations first to choose the very best that could save them from extra expenses. Trickle chargers supply charges to the battery terminals to resuscitate the battery’s functionality.

Jump starters don’t supply charges for the battery to store but surge the free flow of mobile electrons on the battery.

Besides, what often warrants the need for jump starters and trickle charger is the inability of the battery to function as a result of temperature or leaving the car unused for a long time even when it was fully charged before being stored. Let’s put you through their comparison below:

What’s the Difference Between Trickle Charger and Jump Starter: 6 Things To Consider

Unlike jump starters, trickle chargers don’t store charges. Instead, they charge the battery of the car battery. As long as there is no high voltage from the power outlet, there is nothing that’s threatening to the use of the trickle charger.

On the other hand, jump starters have safety measures embedded in the designs that prevent them from overcharging, overheating, overregulation, and the rest.

Jump starters store charges to jumpstart a vehicle’s car battery in a contingent situation where one can use neither a regular battery charger nor a trickle charger. The safety protection of a jump starter isn’t dependent on the longevity of the battery it’s used for at a point in time but on its internal battery.

What you get is a result of what you eventually buy. Trickle chargers can jumpstart a car, but it will take longer than a jump starter with an apt amperage, which could jumpstart a car battery in seconds.

Jump starters are in their types. Buy a product, which peak amperage works with your car battery so well. This is the best way of getting the best at the end of the day.

Can You Use A Trickle Charger To Jumpstart A Car?

Are Trickle Chargers Bad For Batteries?

They are not bad for car batteries in any form. In fact, you can use them for any kind of the batteries. However, you only need to read about your trickle charger before you use it. The qualities of products are different.

You can leave some on your car batteries indefinitely, while some are not like that. Their methods of use are different in one way or the other. Therefore, that’s why you need to read the manual of your trickle charger before using it.

Can You Overcharge A Car Battery With A Trickle Charger?

It’s basically used to prevent overcharge by car owners because charges from it slowly to the terminals. However, there is a possibility that your car battery becomes overcharged by the end of the day.

That’s why you need to know if the trickle charger has the auto-stop charging feature or not. If it has, your car battery won’t become overcharged regardless of the time you recharge the battery with it. If it doesn’t, then you should be checking it often after 24hrs so that it won’t end overcharging your car battery.

Can A Trickle Charger Ruin A Battery?

However, it can ruin the car battery and possibly cause an explosion if care is not taken. Indeed, you need to check the condition of your battery to see if it’s leaking or not before clamping the negative side to its corresponding side of the terminal. Provided you’re a novice, you better not clip the negative clamp on the battery’s negative terminal.

How Long Does A Trickle Charger Take To Start A Dead Battery?

It depends on the cranking amperage of your vehicle. Passenger cars seem to take lesser time compared to RVs, SUVs, and trucks. Notwithstanding, one thing is certain: it will take hours before you’ll be able to jumpstart your dead car battery if you go by using a trickle charger for your car.

Trickle charger vs. Jump starter is a must-read article for those contemplating which is better between the two. The two electronic devices have been smashed here into consumable pieces, and it’s what everyone can use to navigate their purchase in the marketplace. Indeed, you can trust every detail stated here, and they are worth depending on in getting the best out of every endeavor in the market. 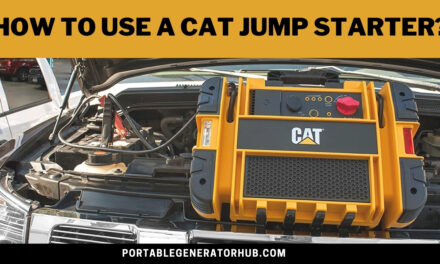 How To Use A Cat Jump Starter? 8 Easy Steps To Follow 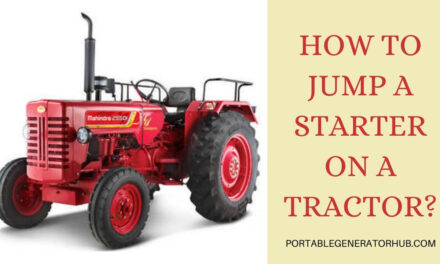 How To Jump A Starter On A Tractor? The Complete Guide 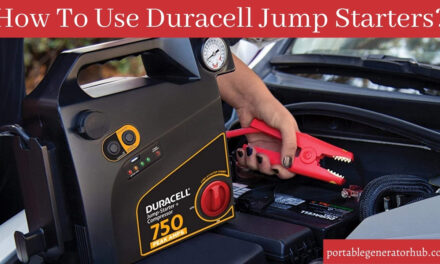 How To Use Duracell Jump Starters? A Fast and Easy Guides 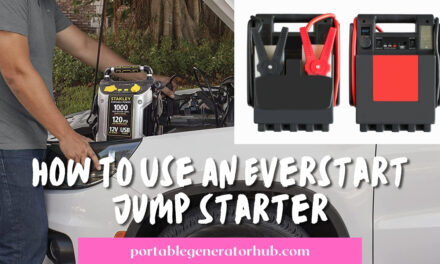