How To Use A Peak Jump Starter? A Fast and Easy Guides 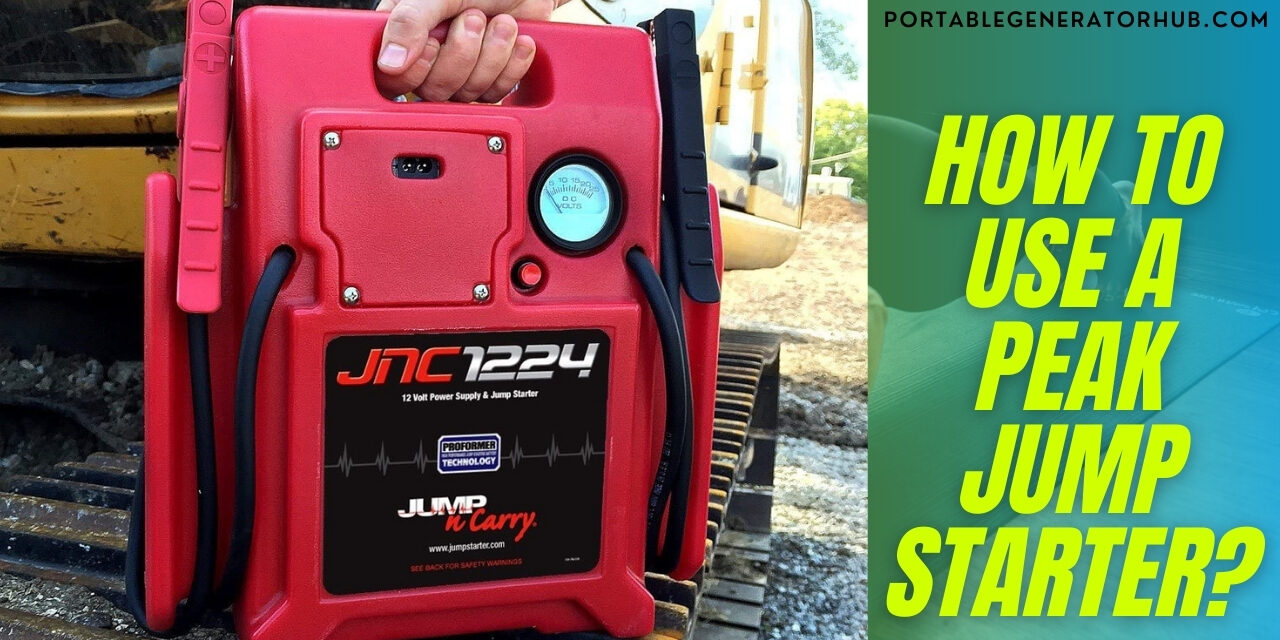 It has two DC outlets for you to plug in your laptops and other smaller devices. You can also charge your smartphone through its USB port. So, it is more than a jump starter. It is a complete power station. Furthermore, its air compressor can fill up a flat tire to your preferred capacity within a few minutes.

When activated, it has a low charge alert that tells you when to charge it. However, we will advise you to ignore the low charge alert. Instead, charge it after every jumpstarting session. The jump starter usually comes pre-charged, but you need to charge it fully before using it. It takes about 24 to 36 hours to charge the device from zero to 100%. When it’s full, you’ll see “FL” on its display unit.

We confirmed that if you store this jump starter properly, it can hold a charge for up to six months. There’s one more feature that we must mention. It has a reverse polarity alarm. If you connect the red clamp to the negative battery terminal instead of the positive one, the reverse polarity alarm will go off.

We used the device to power a laptop, plugged into one of its 12V DC outlets. Finally, it was able to fill one flat tire of the SUV. So, based on our experience, we’ll recommend the jump starter. It is a great product.

How To Use A Peak Jump Starter? 7 Easy Steps

Before you use the jump starter, we will advise you to study the user manual thoroughly. There may be a function of the unit that we have not talked about. Also, reading the manual helps you avoid making a costly mistake. Now, let’s talk about the steps required to use the jump starter to start your car.

Step 1 – Open The Hood Of Your Car

Turn off the ignition and open the hood of your car.  Locate the battery and check that the terminals are not corroded. If they are, you need to wash off the corrosion.

When it does, you’ll just connect the clamp to the other terminal.

Step 4 – Turn The Jump Starter On

You can now turn the jump starter on through its knob. Turn the knob 90 degrees clockwise.

Now, you can go and start your car. Crank the engine for only 3 seconds. If your car does not start, wait for another 5 seconds before you crank it for another 3 seconds. After a couple of attempts, your car should start. If the jump starter isn’t able to start your car, it means there’s another underlying problem. You must get to the root of the problem.

When you’re through with the jump starter, turn it off by turning the power knob 90 degrees counterclockwise. After that, you can remove the black clamp before removing the red clamp. Finally, remove the unit and close the hood of your car. Wait for about 15 minutes and let the alternator of your car charge the battery before you move.

That’s all about using a Peak jump starter to jumpstart a car.

To use this model of Peak jump starter, follow the steps listed above. The steps apply to all the Peak jump starter models.  First off, you’ll open the hood of your car and place the jump starter somewhere on your engine. Connect the red clamp to the positive battery terminal.

Connect the black terminal to a metal frame for grounding. The next step is to turn the jump starter on. Go and start your car. If it does not start at the first attempt, make more attempts. And if the car starts, disconnect the two clamps, starting with the black one.

Remove the jump starter and close your hood. Let the car idle for some minutes. Most importantly, charge the device when you get home.

How To Charge A Peak Jump Starter 600?

Charging this device is very easy. It comes with a charger that needs to be plugged into a power outlet. Connect the other end of the charger cord to the jump starter. Turn the outlet on and let it begin to charge. Since it takes a long time to charge, you might need to charge it overnight. The device can’t overcharge. And when it is fully charged, FL will appear on its display unit.

How Long Does It Take To Charge A Peak Jump Starter 600?

In fact, if the battery becomes very low before charging it, the device will take about 24 – 36 hours to charge. When it is fully charged, it can hold up its charge for up to six months if you store it where the temperature is conducive. Remember, the best temperature for jump starters is between 50 degrees to 70 degrees F.

Nevertheless, if you don’t use your jump starter, don’t wait until six months before you charge it. We suggest you charge it every three months.

How Do You Use The Peak Jump Starter 750?

Connect the black terminal to a metal frame for grounding. The next step is to turn the jump starter on. Go and start your car. If it does not start at the first attempt, make more attempts. And if the car starts, disconnect the two clamps, starting with the black one. Make sure you charge the jump starter later.

Why Does The Battery Suddenly Drop To 30% After Charging It To 100%?

It is possible to charge the jump starter to 100%, and when you check the battery level a few minutes after unplugging it, you realize that the battery level has dropped to 40% or even 30%. And at that level, it can’t jumpstart a car.

The answer is simple. When you notice this anomaly, be certain that the battery of the jump starter is going bad, or it has gone bad. The only way out is to replace the bad battery. So, what can make a battery pack up so soon? Unbearable temperature.

If you keep your jump starter where the temperature is either too high or too low, it will quickly lose its charge. When you continuously store it in the same unfavorable condition, the battery will get damaged, and it will no longer be able to hold a charge.

There have been numerous negative reviews about this product. Some users say it doesn’t jumpstart their cars, while others complain of the battery of the device packing up too soon. These complaints are due to two common mistakes. First, you must plug the black clamp into a metal frame while jumpstarting your car and not to the negative battery terminal. Secondly, the jump starter is very sensitive to the temperature around. You must keep it where the temperature is between 50 degrees F and 70 degrees F. 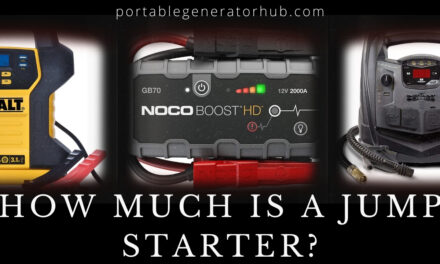 How Much Does A Jump Starter Costs? Find Out Here 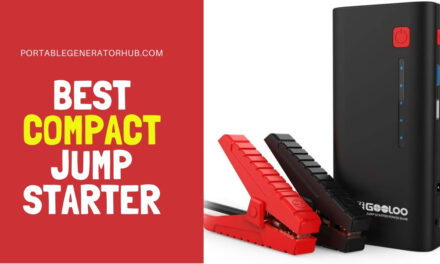 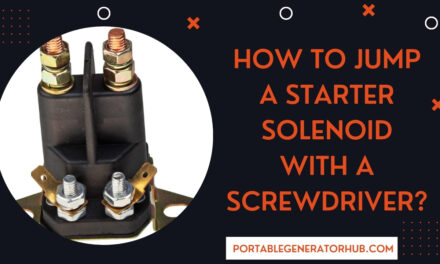 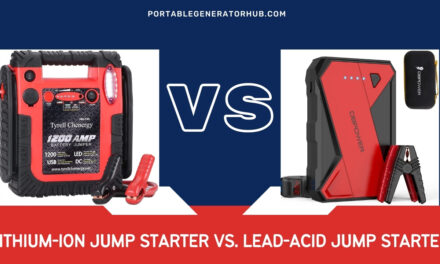