How to Reset a Xantrex Inverter? Easy Steps and FAQs

Electricity has become another basic necessity of life, and the grid is no longer enough to supply our power needs. Even if you enjoy adequate power supply in your home, what about your camping van, boat, or RV? How do you power the electrical appliances in them? You probably need an additional source of power for them.

That’s why people go for a solar power system. The system helps to meet their power needs for all these recreational facilities. Some people also use it as a backup system in their homes. The power generated and supplied by solar panels is in the form of direct current.

It discusses how a Xantrex inverter works, and you will also learn how to reset the Xantrex inverter in this write-up. So, sit back and enjoy the article. It is necessary to read it before buying your inverter.

What is a Xantrex Inverter?

Xantrex is a special brand of inverter that became popular for several reasons. Here are some of the qualities that make Xantrex one of the best inverters in the market right now.

1. They are Available in Multiple Models – The brand has several models of inverters in the market. These models are available in several capacities. Some of them are ideal for homes, while others are great for recreational vehicles like the camp van, motorhome, and RV. Some of the models of Xantrex inverters are:

3. Portability – Although different models of Xantrex inverters come in different sizes and with different weights, it is safe to say that they are generally portable.

You can easily move them around or install them in any location. However, make sure you install your inverter in a well-ventilated area because inverters get hot while in use.

5. Resistance to Overheating – They shut down when they get too hot.

6. Resistance to Overloads – All Xantrex inverters will also shut down when they get overloaded.

7. Protection from Low Voltage – Also, the inverters will go off when the voltage supplied by the batteries is too low.

8. Protection from Power Surge – Finally, a power surge is not likely to affect Xantrex inverters, and all the appliances plugged into them because they come with a fuse that will blow off in the wake of a power surge. You will have to replace the fuse before these inverters begin to work again.

10. High Rating – All Xantrex inverters have a high Amazon rating. For people who don’t know, Amazon ratings are given by the users of a product, and its average is stated on the Amazon listing page of the product.

Since ratings are given by users, who are unbiased, a high rating is a surefire way to tell that a product is good. On the other hand, a low rating indicates otherwise. That’s why you’ll be glad to hear that Xantrex inverters have an Amazon rating of 3 stars or above.

How to Reset a Xantrex Inverter? 4 Easy Steps

Step 2 – Now, you can switch off the DC disconnect. If it has an integrated DC disconnect, you need to turn that on of too.

Step 3 – Leave the inverter for about 5 to 10 minutes for its energy to drain off.

Step 4 – Restart the inverter. When it’s on, you can switch on the circuit breaker, and the DC disconnect. If you switched off an integrated DC disconnect or any other appliance, switch it on too.

The inverter will carry out its internal checks before it gets reconnected to the grid. This should not take more than 5 minutes.

How Does a Xantrex Inverter Work?

Xantrex inverters are hybrid inverters. So, each of them is intelligent enough to carry out several functions. These are their functions

These are the reasons why people love the brand. You can install it as a backup for the grid, and you can use it as the main source of power supply in locations where electricity is not available. Also, you can install it in your van, RV, or motorhome.

1. What are the best Environmental Conditions to Install a Xantrex Inverter?

Ans: Install them in a dry location with an adequate supply of fresh air. They are resistant to rust and corrosion, but they are not resistant to water. So, place them in a location that is devoid of moisture or splashes of water.

2. Can I Install my Xantrex Inverter in a Gasoline Engine Compartment?

3. How Near Should the Inverter be to the Batteries?

Ans: We will recommend that your inverter should be about 10 feet or less to the batteries. If for any reason, you want to increase the distance, you will need larger DC cables to make up for the drop in voltage and DC ripple. That will be an additional cost that can be avoided by adopting the right distance.

4. Can I Install an Inverter Without a Fuse?

Ans: No! A fuse is not an option. It is a must. You can’t rule out a power surge, but you can prevent it from damaging your equipment. When a power surge occurs, the fuse will get blown off, protecting your inverter, entire electrical system, and the appliances plugged into the inverter.

A fuse is one of the cheapest components of the system. It costs less than a buck. You can get a replacement. Without a fuse, a power surge can lead to a fire. No insurance company will compensate you for this claim if they find out that you installed an inverter without a fuse.

Installing an inverter without a fuse is like driving a car without proper insurance, a fire extinguisher, or a spare tire. It is a strong foundation for a disaster. Please follow the installation guide in the owner manual. Don’t sit on a keg of gun powder.

5. Should I leave the Inverter on/off When Shore Power is Available?

Ans: This is based on your personal preference. In terms of safety, both ideas are okay. However, both of them have their pro and con. Most times, it is necessary to reduce your power usage once your inverter kicks in. This will help you to enjoy the power for a longer period.

When you leave your power inverter on, the advantage is that when there’s a power outage, the inverter will kick in. So, you won’t experience any moment of the outage. However, it has a flip side. You may not know that your inverter has kicked in. You’ll still think you are using shore power.

So, you won’t reduce your power usage until your batteries are weak. On the other hand, if you leave your inverter off, you will experience a moment of a power outage when the shore power fails. You’ll have to switch on the inverter yourself.

The advantage is that before you switch on the inverter, you’d likely turn off some appliances to reduce power usage. So, you will enjoy the power supplied by your inverter for a longer period of time. Now, you can choose the option that suits you more.

6. Can I run Heavy Appliances on My Xantrex Inverter?

Ans: Yes. You can power any heavy equipment with your inverter. However, you need the right capacity as Xantrex inverters come in different sizes and capacities.

In other words, you need to find out the total power consumption of your electrical appliances and choose a suitable inverter for them.

7. How Long Can a Xantrex Inverter Work?

Ans: All Xantrex inverters are tough and rugged enough to work for several hours non-stop. However, your usage depends on the amp-hour capacity of your batteries.

8. Can I buy the Components of my Solar Power System in Bits?

If you eventually install it about a year after buying it, you would have lost a year out of the warranty period. Also, we usually advise people to test a product within its return window so that if they don’t like it, they can return it for a refund. In this case, the return window would have expired before you install it.

So, if you don’t like the inverter, you won’t be able to return it. You would be stuck with what you can use. So, to prevent your money from going down the drain, don’t buy the components of your solar power system in bits. Get a total estimate and save towards it.

9. Can I Uncouple My Xantrex Inverter?

Ans: Never! On no account should you tamper with an inverter. You could damage it. And when it is discovered that you or any other unqualified technician has tampered with the inverter, the warranty on it will be voided, and the manufacturer may withdraw all other supports.

When your inverter develops a problem that you can’t handle. You should either contact the manufacturer or call a certified professional.

10. Where can I purchase a Xantrex Inverter?

Ans: It is available on Amazon and several other online and offline stores.

11. Does the Efficiency of Xantrex Inverters Reduce Over Time?

Ans: No. The performance of some other inverters may reduce over time, but that of Xantrex inverters does not reduce. However, the efficiency of your entire solar power system may reduce. This is because your solar panels will lose about 0.5 to 1% efficiency every year. 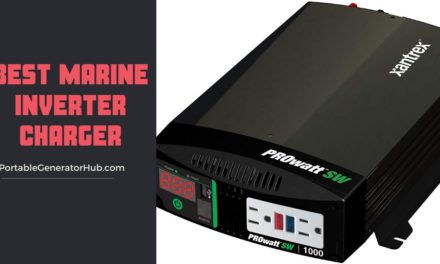 How to Wire an Inverter to Your House? Safety Tips and Guides 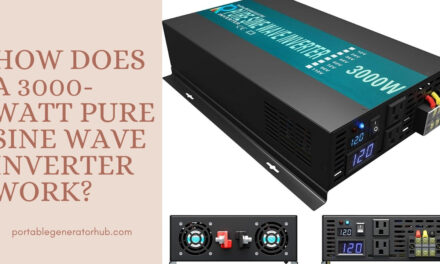 How Does a 3000-Watt Pure Sine Wave Inverter Work? 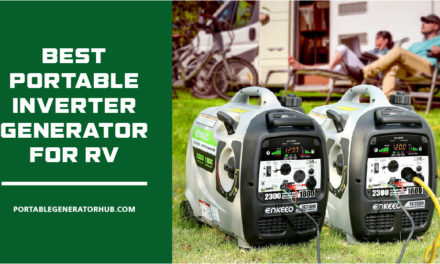